We have been harvesting our 80 olive trees at Gargarou Retreat over the last 2 weeks, for 3 days and then a couple of days later for a further 4. It has been a beautiful time, lovely warm sunny days. We do the harvesting by hand, pruning the trees with a hand saw and knocking the olives off with hand rakes and sticks, gathering up in a net and putting in sacks, so enjoyable and quiet…… and hard work.  We have 2 enthusiastic volunteers Nadia and Martin who have been harvesting the trees with us and Ann and David who are staying at Gargarou for a retreat for 3 months wanted to experience olive picking and helped throughout the harvest working hard from dawn to dusk. We are all happily exhausted and this year’s olive oil is the best we’ve had. This summer was probably the hottest ever in Greece. From mid June through to early September the temperature reached 36C – 38C every day and even now, coming into December,  it’s still reaching 20C. Also after April we had no rain until mid September and very little since then. We don’t irrigate the trees as they are very hardy, and watering them increases the quantity of oil but at the expense of its flavour and shelf life. After this long hot and dry summer the oil has a very intense grassy flavour and, fresh out of the press, is a lovely emerald green colour, a much richer colour than usual. As the oil ages it turns to a more golden colour, though last year’s oil still has a nice green tint and still tastes very fresh. It will be interesting to see how this year’s oil develops. We always harvest early while the olives are mainly green and the oil is at it’s best, and we get them to the press quickly. This year we began picking on 17 November which is about 2 weeks earlier than usual because the olives have ripened quickly in the heat. Our press, or mill as they are called now, is in Vounaria. These pictures tell the story 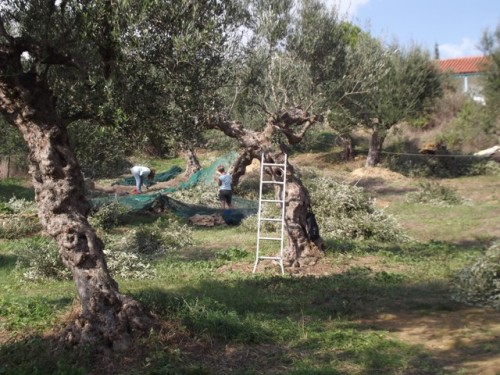 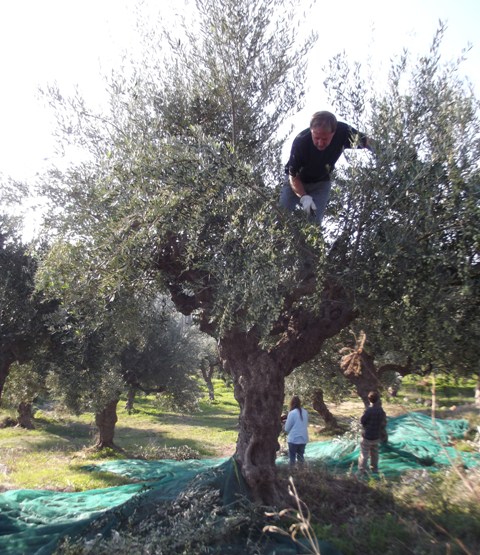 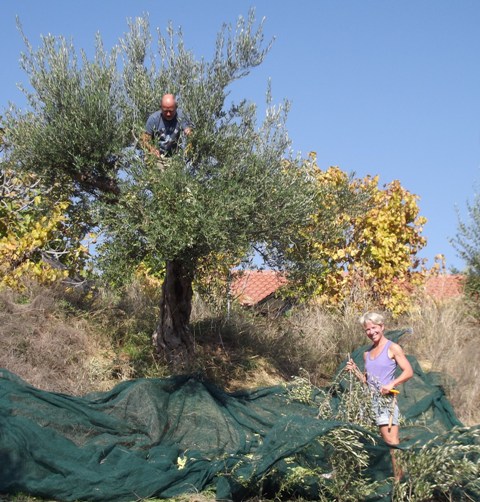 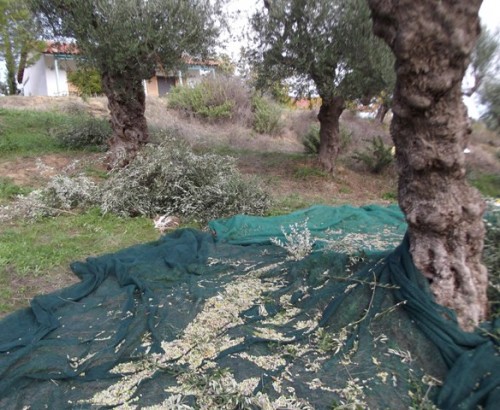 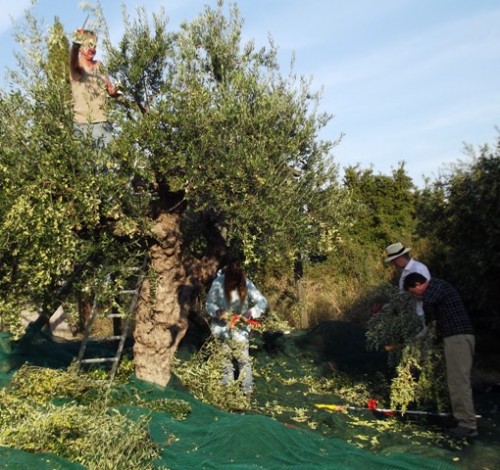 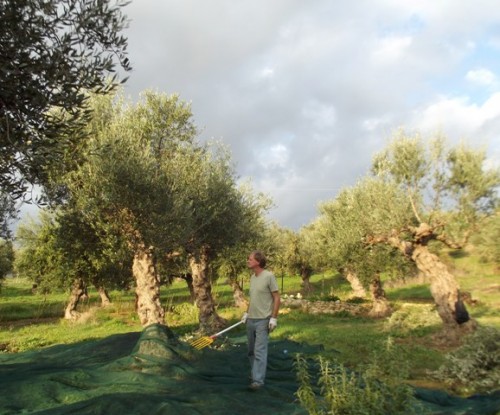 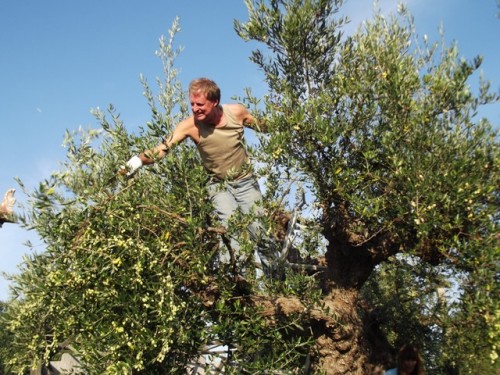 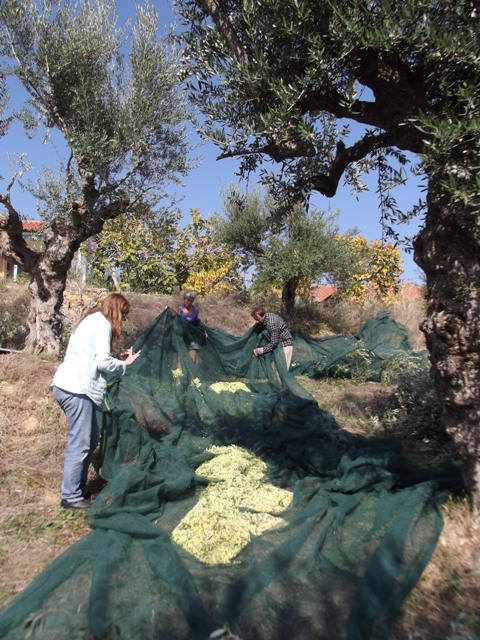 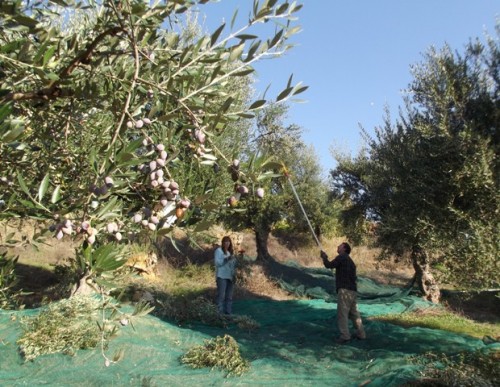 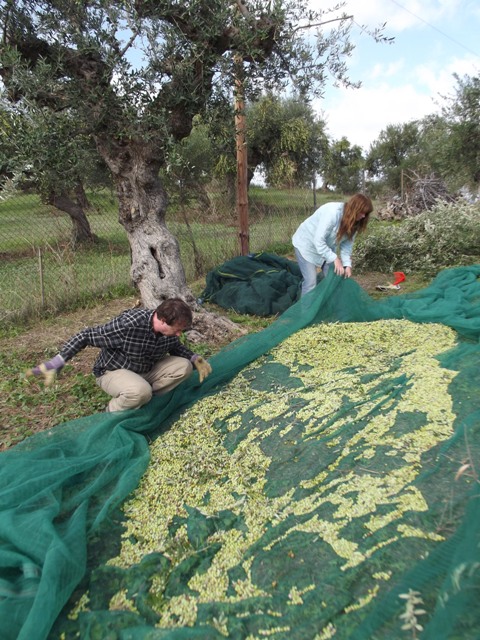 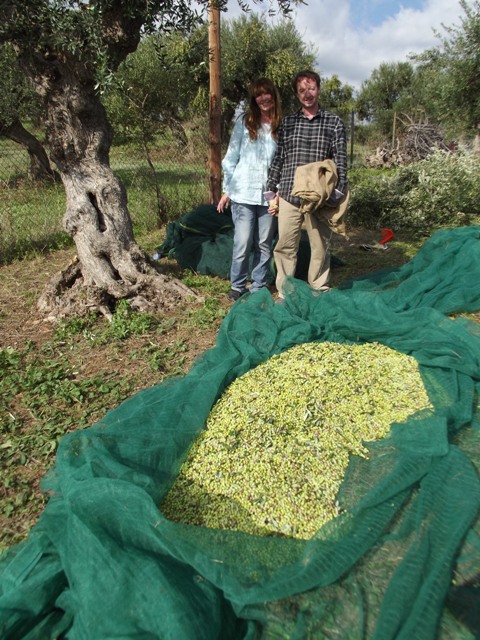 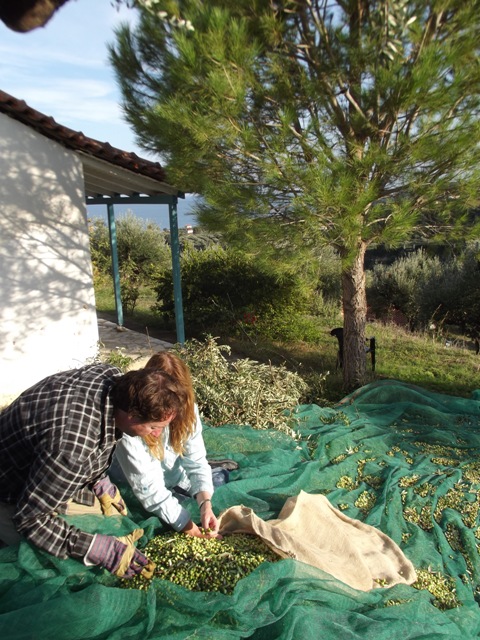 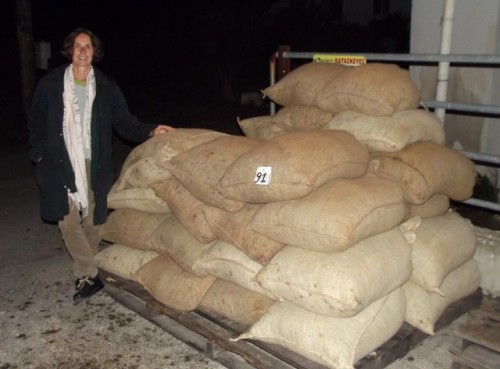